If you are in your 50s or 60s, you may have reacted with concern to the numerous recent news reports about the August 31, 2021, annual report from the Social Security Board of Trustees on the long-term financial status of the Old-Age and Survivors Insurance and Disability Insurance Trust Funds. 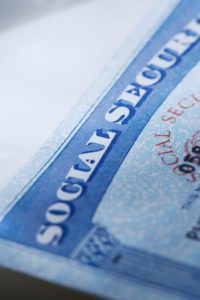 Should you be alarmed? Let’s look at two of the news articles. One by Eric Boehm was published September 1 at Reason.com with the headline, “Social Security Will Be Insolvent in 12 Years. The opening line was, “The fiscal crisis looming over Social Security is no longer a distant threat. The national pension system will be insolvent by the time workers now in their mid-50s are ready to retire.”

There is a big difference between Reason’s “insolvency” (bankruptcy) and CNN’s “cutting benefits.” Which is right?

First, a little background on the two news organizations. Reason is a monthly Libertarian magazine from the Reason Foundation with a circulation of around 50,000. CNN is Cable News Network, a basic cable and satellite television channel owned by the Turner Broadcasting System division of WarnerMedia, that has over 500,000 viewers a day.

MediaBiasFactCheck.com rates Reason Magazine as right-leaning based on stories that favor Libertarian positions, also rating it High for factual reporting due to mostly proper sourcing and a clean fact check record. It rates CNN as left-leaning based on editorial positions and news story selection and Mixed for factual reporting, noting that most failed fact checks were by TV hosts while news reports tended to be properly sourced.

Which outlet should you believe? First, neither article explains the difference between the trust fund and the annual income generated through the payroll tax that funds Social Security.

This 12.4% tax is paid half by employers and half by employees on wages up to $142,800. Since inception, payroll tax income has exceeded the amount needed to pay Social Security benefits. The surplus was “loaned” to the US Treasury and used for general expenses. If the amount needed to pay benefits ever exceeded the income, this “trust fund” would start calling in the loans.

Currently, the income is about equal to the outgo. According to a 2019 Forbes article, during 2019 Social Security took in $1,061.8 billion and spent (mostly in benefits payments) $1,059.3 billion. The spending was projected to start exceeding the revenue in 2021, creating a need to draw on the accumulated reserve.

According to the August SSA press release, “The year when the combined trust fund reserves are projected to become depleted, if Congress does not act before then, is 2034 – one year earlier than last year’s projection. At that time, there would be sufficient income coming in to pay 78 percent of scheduled benefits.”

Note that “paying 78%” is not the same as Reason’s “insolvent” headline. Also note that both the SSA and CNN used that huge word “if.” In this case, CNN’s article is more accurate.