Make the Most of 529 College Savings Plan 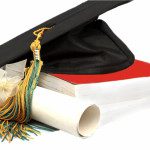 When it comes to 529 college savings plans, the best strategy is to start early and start big. Don’t wait to set up an account until your teenager is starting to wonder which schools might offer skateboarding scholarships.

These accounts are excellent vehicles to save for college, in large part because of the tax-free growth they offer. Here are some suggestions for getting the most benefit from a 529 plan.

1. Start as early as possible. The best time to start a 529 plan is at birth. Well, maybe a few weeks later; you do need to wait until the kid gets a Social Security number. The earlier an account is established, the more years of growth it will provide. Ideally, the plan and the child will grow together.

2. In the early years, invest more aggressively. It would be a shame to open a plan for a two-year-old and put everything in a money market fund or bonds; the goal in early years is growth. It’s a good idea to invest heavily in equities for about the first 10 years, then gradually move to bonds and other low-risk options. Many plans have an age-based option that does this automatically.

3. Fund the plan as much as you can when the child is young. Obviously, this can be a challenge for young families. If you can, however, it’s good to start with higher monthly amounts even if you need to taper off your contributions as the child gets older. The goal is to get as much into the plan as you can.

4. Consider using the five-year option. If someone has the ability to put a large amount into a child’s 529 plan all at once, it’s possible to contribute as much as $70,000 that is considered a contribution in advance for the following five years. The five-year period is to minimize federal gift tax purposes. This option might be most applicable for grandparents as part of their own estate planning.

5. Pay attention to fees and performance. Many 529 plans are sold through investment firms, and the commissions paid to those firms vary. Some offer mutual funds with relatively high annual fees. Fees are required to be clearly disclosed. It’s also a good idea to look at the performance of the fund managers. As an example of how to find this information, the South Dakota 529 plan has a FAQ section on its website with details on fees, performance, and funds.

6. Compare several state plans. While some states do offer tax breaks for residents who use their 529 plans, you aren’t limited to the plan from your own state. You can open new accounts in or move existing accounts to other states.

7. The more plans, the better. One child can be the beneficiary of several plans, perhaps set up by parents and both sets of grandparents. Or grandparents, say, could contribute to accounts opened by parents. The potential disadvantage here is that the money then belongs to the owner of the account.

One last point. Don’t get so excited by the idea of maximizing a 529 plan that you forget one essential guideline: Parents should fund their own retirement accounts ahead of funding college accounts for the kids.

There are many places to find a little extra money for kids’ 529 plans. A few possibilities are cash gifts from relatives, contributions from grandparents, tax refunds, or bonuses. But the worst place to find that money is your own retirement fund. It isn’t wise to sacrifice a healthy retirement plan in order to create a healthy 529 plan.