Medicare For All, Taxes for All

As the recent debates among the Democratic presidential candidates emphasized, the idea of government-managed health care is gaining popularity. “Medicare for all” or some form of “free” universal health care is certainly an appealing idea. Who among us wouldn’t appreciate someone else paying our medical bills? 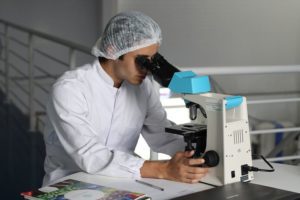 I certainly would. My family’s personal health care costs, including premiums and out-of-pocket expenses, run just over $3,000 a month. If my health care were free, I could find a lot of uses for the savings.

But my skeptical side, and probably yours as well, knows that there is no such thing as a free medical procedure. Someone, by some means, has to pay for insurance coverage, doctor visits, hospitalizations, and other medical costs.

The tax tab for providing “Medicare for all,” as envisioned by Sen. Bernie Sanders, is $3 trillion a year, according to several analysts. Currently, the cost for Medicare is about one-sixth that amount, or $583 billion a year.

Sanders and other presidential candidates tell us the wealthy will pay this tab. The reality is that when we look at other countries that have similar universal health care plans, it isn’t just the wealthy that are paying for it.

Raising the more than $3 trillion needed annually to fund “Medicare for all” would require doubling all personal and corporate income taxes or tripling payroll taxes. This analysis comes from Marc Goldwein, a senior vice president at the non-partisan Committee for a Responsible Federal Budget. He was cited in a May 9, 2019, Bloomberg article by Laura Davison, “Tax hikes on wealthy alone can’t pay for Medicare for all plan.” “There is a lot of money out there, but there isn’t $30 trillion [over 10 years] sitting around from high earners,” Goldwein said. “It just doesn’t exist.”

I did a little investigating of the tax rates of European countries that have universal health care and found Goldwein’s statement to be true. For example, Denmark taxes income over $7,000, with rates starting at 40%. The US rate starts at 10%. This would indicate a doubling or tripling of income taxes or payroll taxes on the lowest earners is not a politically-skewed scare tactic, but an economic reality.

The top rate in Denmark is 56%, while the top rate in the US is 50% (37% federal and 13% state). This is just one of many examples I found in my searching that strongly indicate other countries that have universal health care haven’t found much room left to tax the wealthy. Based on their experience, the majority of the cost will need to come from lower income earners.

A topic as significant as this deserves a great deal of discussion based on clear, complete disclosure of facts and educated analysis. It requires the best available answers to questions like who will be covered, what will be covered, how much the program will cost, and who will pay for it.

Raising six times what we are currently spending for Medicare would be a huge task. Transferring one-eighth of the US economy from the private sector pocket to the public sector one would not be easy or painless. Making the transition to some form of tax-funded universal health care would be a major shift in direction for this country that would have a significant impact on all Americans. It is not a decision to make based on inadequate information, political rhetoric, or unreasonably optimistic assumptions.