Meeting a Capitalist in Communist China

by foxcraft | The Economy, Travel and Dining, Weekly Column | 1 comment 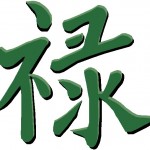 I met Jannie on a recent trip to China. After earning an undergraduate degree in English, she took a teaching job paying 1000 Renminbi, or RMB, ($150) per month. In China, obtaining a student loan is not an option. Her parents funded her education, which cost 40,000 RMB ($6,500), and one of her goals was to pay them back.

Jannie’s lifestyle didn’t include eating out much, going to movies, or buying the latest clothes. “My rent was 300 RMB, my food was 300 RMB, I spent 100 RMB on other necessities and a few pleasures, so I was able to save the rest.” That was 300 RMB a month or $45. Still, repaying her parents would take about seven years. Jannie found a better way, moving 100 miles from her small village to Beijing and becoming a tourist guide. While it was hard leaving her family and the move ended her relationship with the man she was dating, it was worth it to her.

As admirable as saving one-third of her salary might seem, for Jannie it is a matter of life and death. “People in America don’t need to save,” she told me. “China doesn’t have the social safety nets you have. If an American is in an accident they get medical care. If they don’t have food the government gives them food. If they have no place to sleep you have programs that supply housing. It is not like than in China.”

This lack of social services means low tax rates. Jannie is in the 8% tax bracket. Yet she didn’t hesitate to tell me she thought her tax rate was so high she chooses not to report the majority of her income. That’s why she insists her guests pay cash.

Not only does Jannie choose to evade income taxes, she also chooses not to pay 24% of her earnings for the government health insurance. “If I get sick or need an operation I must pay cash first, otherwise I will not get services.”

While Jannie told me she doesn’t mind paying some taxes, she believes people need to be able to control what they do with their money. I told her she talked like a capitalist. She responded, “I am a capitalist.’ She told me the top tax bracket in China is 40%. I explained that many people in the US felt a 40% tax bracket was too low for the rich and wanted them to pay more. Her eyes widened. “Why, 40% is enough!”

I suspect Jannie’s claim to be a capitalist is framed mostly by whether her standard of living is increasing. As long as it is, she cares very little about what political system the government adopts. She sees little connection between a country’s economy and whether it is communist, socialist, or a democracy.

Over the past 30 years China has moved from a communistic society to a one that is more socialist. Jannie thinks the move has resulted in a great improvement in the average lifestyle. Yet about 75% of the largest Chinese companies are owned by the government, and it’s no coincidence that 95% of Chinese billionaires are children of government officials. This underscores an often forgotten result of socialism: it is the members of the ruling class who become extraordinarily rich.