Middle-Class Millionaires Are Far From Billionaires

Suppose you have a net worth of one thousand dollars, while your friend has one million dollars. Would you consider yourselves to be in the same financial category?

Almost certainly not. The comparison is absurd. Your friend’s one million is a thousand times greater than your one thousand. That’s how much difference it makes to add three zeroes and a second comma. 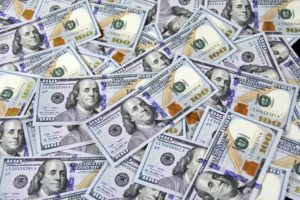 Yet those intending to shame or attack “the rich” commonly make a comparison that is equally absurd, when they lump together “millionaires and billionaires.” One billion is a thousand times greater than one million—the same difference of scale as the difference between one million and one thousand.

So why is equating millionaires with billionaires so common? Folks that salt sound bites with “millionaires and billionaires” do so from an emotional perspective, not a mathematical perspective. It’s a phrase that rolls smoothly off the tongue and emotionally triggers issues of fairness in those—about 99.9% of the population—who don’t consider themselves rich.

First, let me clarify that I’m not talking about income, but net worth—someone’s total assets such as savings accounts, real estate, and investment accounts, minus their debts. What a person earns does not make them a millionaire or billionaire. It’s what they keep that matters. I once worked with a client who earned around $5,000,000 a year but had so much debt their net worth was negative $3,500,000.

I had trouble finding a current wealth report number for how many people in the US make over $l,000,000 a year. My best guess is around 0.05% of taxpayers, around 75,000 people, consistently earn that much. Net worth is another story. A December 23, 2021, article at spendmenot.com reports there are 20,270,000 people in the US worth one million or more and 788 billionaires.

What kind of lifestyle can you have with a net worth of a million as opposed to a billion dollars? Experts tell us the most reasonable sustainable withdrawal rate from an investment portfolio is 3%. That means your $1 million will provide $30,000 a year. Adding Social Security benefits of, say, $18,000 to $30,000 a year means a retirement income of $48,000 to $60,000 a year. This is what I think of as a middle-class millionaire. Three percent of $1 billion, on the other hand, will give you a retirement income of $30 million a year. At that rate, you could probably get by without bothering to file for Social Security.

Saving $1 million over a lifetime is certainly possible for middle-class earners who are willing to live on less than they make. A 25-year-old individual or couple that started today saving about $1,350 a month (in retirement plans) would have over $3 million by age 65, enough to throw off an inflation-adjusted $30,000 a year. To accumulate $1 billion (in today’s dollars) by age 65, on the other hand, starting at age 25 you’d need to save $3.5 million a month.

The point here is that in today’s world, a millionaire, especially one who is retired, is not “rich.” Reaching age 65 with a net worth of $1 million dollars is a way to provide a comfortable and secure retirement. It is also a reasonable and achievable goal for many middle-class workers who would never see themselves as wealthy.

Lumping “millionaires and billionaires” together might make a rhythmic sound bite. That doesn’t mean it makes sense. For anyone willing to do the math, the comparison is ludicrous. There’s a world of difference in earnings, wealth, and potential lifestyle in those extra three zeroes.