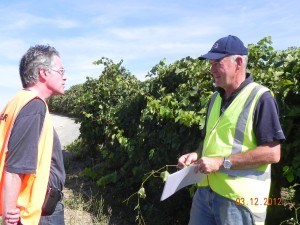 I had no hat and no sunscreen to protect me from the scorching heat in the Australian vineyard. Yet I couldn’t leave as I listened to Leigh telling his family’s heartfelt story of grit, passion, and struggle. Standing among the vines seemed a fitting place to hear it.

Many people unassociated with business know little of the risks associated with pursuing a dream and turning a passion into a vocation. In today’s America, when blaming the wealthy for the country’s woes is encouraged, there is a growing notion that those who have wealth got it from their parents or through unethical and shady pursuits. While that is certainly true of some, they are the extreme minority. Research shows that 85% of those who build wealth acquire it the “old fashioned way” by either working hard, risking much, spending little, or saving much.

So it was with Leigh’s family. 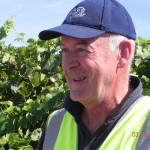 He and his wife, Janet, ran a small hotel and tended a small vineyard in Tasmania. Wanting to reduce their debt and their workload, they listed both businesses for sale separately and agreed to focus on whichever didn’t sell. After sitting on the market for some time, both properties sold to separate buyers the same afternoon.

Without a “Plan C,” Leigh and Janet decided to pull up stakes and join their son, Sparky, and daughter-in-law, Sarah, who were about to start their own wine business in McLaren Vale.

As Leigh shared the challenges of starting the business, he related a particularly difficult time when it appeared the family would lose their dream, their savings, and their livelihood. They were struggling to survive a partnership breakup. Several setbacks had left them without the cash flow to pay their bills at the end of the month. Miraculously, two people came into their lives at the last moment and made them loans that saw them through a few months.

This got them to the next miracle. Robert Parker, a world renowned wine critic, gave an outstanding rating to their first vintage. Within 19 days U.S. wine buyers had snapped up their entire vintage, and the winery had the money to pay off their creditors. “We are so appreciative of you Americans,” Leigh said, his eyes glistening with tears highlighted by the bright sun.

Today, his family’s brand, Mollydooker Wines, is one of the most recognized labels for high quality Australian Shiraz in the US. Its Carnival of Love was rated twice in Wine Spectator’s Top Ten, its Boxer chosen as Top Shiraz by Consumer Reports, and it received two Parker 99 point scores. The name, Mollydooker, is Aussie slang for left-handed, since both Sarah and Sparky are lefties.

While Leigh’s story of his family’s efforts to pursue a passion and secure a good living is unique to their situation, the struggles, heartbreaking failures, passion, raw determination, and luck involved in building a business are not. Each of my clients who has built a successful business has a story. Most failed, usually several times, often staring bankruptcy in the face just as Leigh’s family did. All of them picked themselves up from each failure. As one of them once told me, “I worked my butt off for 40 years before I really became successful.” 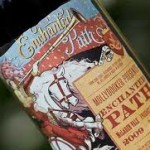 Before we said goodbye to Leigh, we had a chance to taste a bottle of wine labeled “Enchanted Path.” I walked away with a new understanding of the story behind the label. His family’s enchanted path to success wasn’t one of ease, but of risk, determination, and divine intervention when things looked the bleakest. Almost anyone who succeeds in living a dream walks a similar road.