More on Protecting Yourself from Yourself 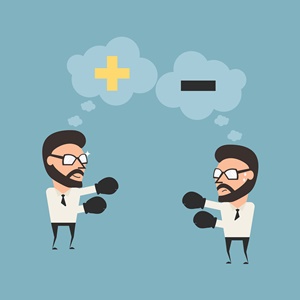 I received several responses to the recent column about Mary, an elderly long-time client who was gradually deteriorating mentally and who fired me as her financial planner, co-executor, and her general and health care power of attorney. Several colleagues offered helpful suggestions.

Rich Colman and Gayle Knight Colman, of Colman Knight Advisory Group in Carlisle, Massachusetts, offer all clients a choice of signing a statement allowing them to contact someone of the client’s choosing if they believe the client’s behavior may be irrational. So far, all their older clients and many younger ones have given permission for this contact. While this would not prevent a client from firing an advisor, it would provide a method of discussing the issue and also involve another person in the decision.

Ed Jacobson, Ph.D., a coach and consultant in Madison, Wisconsin, suggested working with clients early on to create a contingency plan in the event of mental decline. This plan should then be reviewed periodically. He also suggested that, at any time of transition such as a move to a retirement community or a nursing home, the planner and the client should meet with other professionals (such as a financial coach or counselor, social worker, assisted living provider, and physician) to discuss the client’s needs.

I certainly endorse the idea of a contingency plan. For clients without close family members, perhaps the plan could include an agreement that the financial advisor could call for an evaluation if the client’s behavior appeared irrational. That evaluation could be done by several professionals chosen ahead of time by the client. This team approach might alleviate a client’s fears about being judged incompetent by the person managing the client’s assets.

Tom Simmons, an attorney with Gunderson, Palmer, Goodsell, and Nash in Rapid City,

South Dakota, recommended putting the client’s assets into either an irrevocable living trust or a South Dakota Domestic Asset Protection Trust (DAPT) and naming someone other than the client as trustee. The trustee could be an individual (preferably not the planner) or a corporate trustee such as the trust department of a bank.

With either type of trust, the client, as the beneficiary, would have the power to fire the trustee. Concern about a trustee being fired irrationally could be mitigated to some degree by having a corporate trustee. Even if the initial trustee were an individual, the trust could be drafted to require that any replacement had to be a corporate trustee. In addition, with a DAPT, the beneficiary client would not have the power to amend the trust without the agreement of the trustee. This would give some protection against self-destructive choices by a client who was gradually losing competency.

One disadvantage of this approach is cost. Fees charged by corporate trustees are relatively high, because they presume that the trustee is managing the assets as well as administering the trust. If someone already had a financial planner, this would mean paying twice for the same management services. It may be possible to find a corporate trustee that charges a flat fee for just the administration of a trust.

My experience with Mary has confirmed the validity of my initial judgment not to serve as a trustee or power of attorney for a client. I made an exception in Mary’s case because she had no one else. Her isolation was precisely the underlying problem. She relied on me for services I should not have been the one to provide because she had no support system of caring family and friends. Perhaps the most important contingency planning any of us can do is to build and maintain that network of loved ones.