“What do you think of the FIRE movement?” a reporter asked me recently. I told her I was ambivalent about it.

The FIRE acronym in this context stands for “Financial Independence, Retire Early.” While a Harris poll done in late 2018 found most people over 45 had never heard of the FIRE movement, it apparently has caught fire among millennials.

The focus of FIRE adherents is lifestyle more than finances. Two books are the foundation of the FIRE movement: Your Money or Your Life, written in 1992 by Vicki Robin and Joe Dominguez, and Early Retirement Extreme, written in 2010 by Jacob Lund Fisker. The concept was popularized in 2011 by blogger Peter Adeney (Mr. Money Mustache), who lives in Longmont, CO. At the age of 30, Adeney and his wife retired with a retirement fund of $600,000 and a paid-for home.

According to the reporter who interviewed me, many advisors have strong opinions against the FIRE movement. This may seem odd. After all, financial independence and retiring early is often a goal of those seeking financial planning. That was certainly one of my goals when I was the age of today’s millennials. 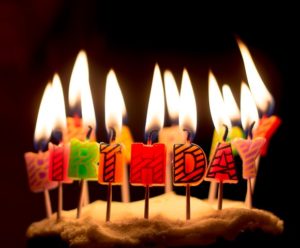 I find very little to criticize about adopting a frugal lifestyle and saving as much as possible. For decades I have suggested living on half of what you make, with a goal of reaching financial freedom as soon as possible. Some FIRE proponents do save up to 50% of their income, which is five times more than their peers, according to a January 21, 2019, InvestmentNews article by Greg Iacurci, “Advisors throw cold water on FIRE Movement.”

What makes many financial planners uncomfortable is the definition of “early.” In my day, early was age 50, not 30. In terms of FIRE, Adeney promotes a lifestyle of aggressive frugality with the goal of retiring as soon as possible, using a 4% withdrawal rate as a guideline to determine the nest egg you need to accumulate.

This raises two obvious issues that need clarification. First, you need to earn enough to be able to live on 50 percent of your income. Relatively few young adults make that much. There is no magic income number, since the cost of living varies so much across the country.

One’s definition of frugality is also important. To some that may mean setting the thermostat at 68 all winter or driving a small fuel-efficient vehicle. For others it may mean chopping your own wood to heat your living space only with a wood-burning stove or doing without a car altogether. As with many things, the wisdom is knowing when frugality crosses the line to dangerous deprivation.

Finally, the earlier you retire the longer your retirement nest egg must last. With a 4% withdrawal rate, someone retiring at age 70 has a much higher probability of seeing their investment portfolio last for their lifetime than someone retiring at age 30. Also, the rate of return on the portfolio is critical. The higher the rate of return the longer the funds will last. If there is any potential problem with the FIRE formula it’s probably this.

Since the average 30 year old may live another 60 years, and assuming a 4% return net of mutual fund and advisor fees, I would make a strong argument for a 2 percent withdrawal rate. Someone age 50 could reasonably withdraw 3%, while someone age 60 or above could probably be safe at 4%.

As with any conflagration, playing with FIRE irresponsibly can end up burning down the house. But used wisely, it can sustain life and make living much more rewarding.