by foxcraft | *Financial Awakenings, Business Owners, In The News, The Economy, Weekly Column

On March 27, the US Congress approved a $2.2 trillion stimulus bill intended to inject money into the economy to help the millions of workers and small businesses devastated by COVID-19 closures. 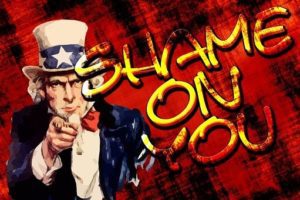 The CARES Act provided for $350 billion for small (500 employees or fewer) businesses. Applicants were required to certify that they believed “current economic uncertainty makes this loan request necessary to support the ongoing operations.” Companies that maintained their payroll during coronavirus would receive up to eight weeks of cash-flow assistance. Employers were told that the portion of the loans used for covered payroll costs, interest on mortgage obligations, rent, and utilities would be forgiven.

Accountants, bankers, and government officials urged small businesses not to dally, as the funds were available on a “first come, first served” Basis. Panic-stricken businesses complied, flooding lenders and the Small Business Administration with requests for funds.

Complete chaos ensued. Both the SBA and most banks were unprepared and overwhelmed. The guidelines and application process changed almost daily. The program ran out of money in just 13 days, on April 15.

That was the beginning of the PPP public shaming. Business owners who had applied for the funds in good faith began second-guessing their decisions.

On April 20, Senator Marco Rubio promised retribution to firms deemed to have abused the program. On April 28, Treasury Secretary Steven Mnuchin told CNBC the government will perform a full audit on any company taking out more than $2 million from the small business loan program. The SEC followed suit, threatening investment advisors who didn’t disclose taking the loans with violations.

The problem with these threats was that the guideline to qualify for loans was completely arbitrary. The only requirement, other than having fewer than 500 employees, was the applicant’s “belief” that the uncertainty of the current economic conditions would prove to threaten the ongoing operations of their business and that a loan was necessary to keep them from having to lay off employees. No time frame was specified. My guess is that nearly every small business owner in the US strongly held such a belief.

Paul Thorstenson, CPA, of the accounting firm Ketel Thorstenson, LLP, told me, “All we are left with is a another poorly written regulation which is trying to patch a very poorly drafted law.”

What about a construction company with all its workers currently employed, but with real concern that all its projects will be shut down by authorities? What about a small employer with the personal liquidity to weather the storm but who will be forced to lay off workers if the economic situation worsens?

The fear of regulatory retribution and public shaming is so great that, of eight small business owners I know personally who were approved for PPP loans, six refused the funds.

As Paul Thorstenson put it, “America’s small businesses are left under the veil of the threat of fraud trying to estimate how this COVID disaster will play out. Yet the Treasury will have the benefit of hindsight to determine whether the money was or was not necessary.”

On May 13, the SBA acted to mitigate this particular unintended consequence of Congress’s good intentions. It added a regulation (FAQ No. 46) declaring a “safe harbor” assumption of good faith protecting all PPP borrowers with loans under $2 million.