Should Security Deposits Be Illegal?

If lawmakers in several states and cities have their way, the traditional security deposit for housing rentals may become a relic of the past. 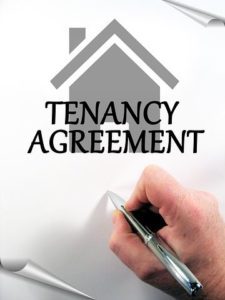 If you’ve ever rented a house or apartment, you’ve almost certainly paid a security deposit. Most deposits equal one or two months of rent and are paid at the time a tenant signs a lease.

Security deposits help to minimize damages to the property and offset costs in the event a tenant breaks their lease. They are also a small indication of the tenant’s solvency and ability to pay the rent.

While a tenant is legally responsible to cover all damages or rent due under a broken lease and can be sued for damages they refuse to pay, collecting can take time and be expensive. Often tenants don’t have the wherewithal to pay a judgement brought against them. Typically, if a tenant struggles to come up with a security deposit, it is a warning that they may also struggle paying the rent. This makes collecting deposits even more important, even though they are often insufficient to cover damages or the balance due on a lease.

There is a growing trend among lawmakers to make it illegal for landlords to require tenants to pay a cash security deposit prior to moving into a unit. The reason, according to an article in the Wall Street Journal, “Security Deposits Are The Bane of Many Renters,” January 2020, by Will Parker, is to make renting more accessible to tenants who have not saved enough for a security deposit. Parker suggests that many lower to middle income renters find paying a security deposit so expensive that it prevents them from renting.

For decades renters have had to produce cash security deposits. Why is it a problem now? Probably because so many people fail to set aside a portion of every paycheck to create a cash cushion. Given that around 75% of Americans would need to borrow or sell something to come up with $1,000, it’s understandable that coming up with a security deposit is hard for most.

One solution enacted by Cincinnati forces landlords to accept an insurance policy or installment payments instead of an upfront deposit. Connecticut, New Hampshire, and Alabama are looking to enact similar laws.

Inevitably, such restrictions will have unintended consequences and most likely result in landlords finding other means to offset the increased risks of not getting a sufficient up-front deposit. These will include raising rents, increasing security deposits, requiring more restrictive background checks, and decreasing amenities.

For example, a landlord requiring one month’s rent as a deposit may increase the deposit to three months payable in six installments. That would give the landlord the normal one-month security deposit within two months. Likewise, the landlord may increase the rent for the first few months to build a non-refundable reserve and then lower it for the balance of the lease. Landlords could also exclude amenities that are most vulnerable to damage, such as appliances, carpeting, expensive light fixtures, wallpaper, and wood flooring.

Some lawmakers will try to anticipate this by introducing rent controls and limiting security deposits to one or two months. That will bring about even worse long-term consequences in the form of housing shortages, as investors become unwilling to accept increased risks and lower returns on their investment.

I wonder what would happen if lawmakers went a different direction. Perhaps they could encourage renters to save enough for a security deposit by creating tax-deductible Rental Savings Accounts or allowing penalty-free withdrawals from an IRA for security deposits. Rather than penalizing landlords, it might be more helpful to reward tenants for strengthening their own financial circumstances.