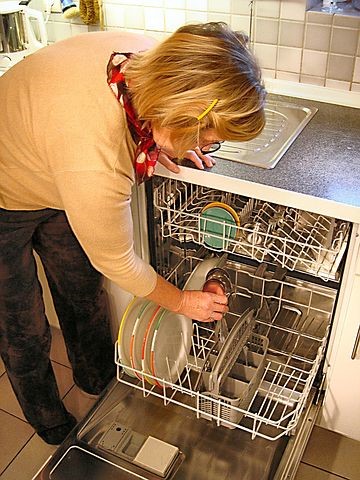 *Please note, this blog is being redistributed from it’s original post on Monday, September 3rd, 2018, as the bulk mailer system experienced technical difficulties.  The blogs will continue to be published on Mondays as usual, starting next week.  We apologize for the inconvenience.

If you want to guess someone’s income level, look at what they buy. Obviously, the rich and the poor will spend their available funds on different things.

Just what those things are, however, is less obvious. To illustrate, here is a pop quiz: Since 1992, what two products most consistently indicated that those using them were in the top 25% of all income earners in the U. S.?

Guessing a new car or a house would be logical, but wrong. The top two products indicative of being in that top one-fourth were dishwashers and dishwashing detergent. According to a fascinating study done by Marianne Bertrand and Emir Kamencia, “Coming Apart? Cultural Distances in the United States Over Time,” published in June 2018, if you use either there is about a 70% chance you are in the highest-earning 25%.

The study’s broader focus was on cultural differences, but what I couldn’t stop reading was the economic information. The products indicating affluence were nowhere near what I would have guessed.

What about today? In 2016—the last year of data studied—the top product was a vacation (70.9%), owning a passport (70.3%), and having a Bluetooth in your vehicle (70.2%). Eight of the top 10 items related to travel or technology. The other two? Numbers five and six were owning a dishwasher and using dishwasher detergent. The top brand indicative of a high income was far and away Apple, with an iPhone first (69.1%) and an iPad second (66.9%). Across all years in their data, no individual brand was as predictive of being high-income than these two products. Other brands high on the list were Verizon Wireless (61.0%), an Android phone (59.5%), and Kikkoman soy sauce. Top TV shows were the Super Bowl (57.1%), Love It Or List It (55.9%), and Property Brothers (55.7%).

Keep in mind that the study showed seven out of 10 people who own iPhones, travel on vacation, or use dishwashers are in the top 25% of income earners. Not all people who do these things are affluent. Still, the odds that they are high earners are far better than the odds of winning any game of chance in Deadwood.

So next time you want to size up the chances of someone being high income, ask them where they went on vacation this year and whether they took vacation photos with an iPhone or iPad. Or just ask how often they run their dishwasher.