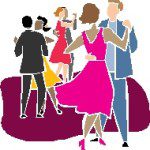 What does “retirement” mean to you? Here’s a brief mental exercise to try: Quickly, without stopping to think, write down what comes to mind when you imagine yourself being retired.

If you’re 40 or younger, your answers might well include terms like “future” and “old age,” which probably don’t seem especially relevant or urgent at this stage in your life.

If you’re older, chances are you’ve had at least passing thoughts about retirement. You might associate it with concepts like these:

Both the positives and negatives in the above list have one thing in common: they don’t tell the whole story. The idea of retirement is surrounded by a host of delusions, assumptions, and fears. Many of our expectations about it do not match the reality.

Here are just two examples from “The 2013 Risks and Process of Retirement Survey,” done by the Society of Actuaries.

It’s no wonder that many workers plan to stay employed; they’ll need the money. The 2015 Transamerica Retirement Survey of Workers estimates the median amount that workers in their 50s have saved for retirement at only $117,000. For workers in their 60s and older, it is $172,000. Even combined with Social Security, that’s hardly enough to provide an adequate retirement income.

Yet even if you intend to keep working and earning until you’re 80, you may find your plans derailed. If companies downsize, older workers may be among the first to be laid off. Health problems (your own or those of family members you may need to care for) can force you to retire earlier than you expected to. And these are only two of the unfortunate realities that can jolt any of us out of our rosy expectations of enjoying a carefree retirement of good health, comfort, and independence.

Just because we can’t count on carrying out our retirement plans, though, doesn’t mean we should give up on retirement planning altogether. Here are a few suggestions to deal with the realities of retirement:

1. Save as much as you can. Make funding retirement your priority, especially if it’s too late to start early. Cut your spending, downsize, and pay off debt. Having more money in retirement gives you more options when bad things do happen.

2. Improve your health: lose weight, exercise more, and eat a healthy diet. Improve your odds for staying well by changing what is within your power to change.

3. Look at the whole retirement picture. Become willing to consider both the negative and positive possibilities in order to plan appropriately. Unreasonable pessimism and fear are no more realistic than unreasonable optimism.

Finally, the most realistic viewpoint may be accepting that retirement is no more or less predictable than any other stage of life. We can’t know if we’ll develop serious health problems in our 70s or still be able to go dancing when we’re 102. While we can and should prepare for the future, we also serve ourselves well when we remember to enjoy the present.