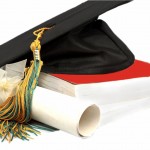 The latest bubble forming on the horizon isn’t in real estate or stocks. It’s the cost of a college education, up four times the rate of inflation since 1985—twice as much as health care costs.

For decades governments have championed making a college education affordable for all, just as they did home ownership. Since some segments of society couldn’t afford an education or a house, the answer was to encourage lenders to make loans they wouldn’t normally have made. This was done by guaranteeing lenders that if the loans went bad, the government would take them over.

There were two results of this seemingly noble policy. First, with easy credit available, almost any jobless teenager could borrow up to $250,000 for a college degree without a worry in the world of paying it back until graduation.

Easy credit drives up prices, as the increased demand exceeds supply. Colleges increased tuition at a dizzying rate, simply because they could easily fill classes with students who could easily pay the tuition by painless borrowing. Normal market forces were thwarted, and prices rose exponentially and consistently. Four years of tuition that cost $50,000 in 1985 costs $200,000 today.

The second result is a replay of the housing crisis. According to an article by Malcolm Harris in the September/October 2011 issue of Utne Reader, students now owe more than $800 billion in outstanding student debt, of which only 40% is in active repayment. The majority of student loans are in default or deferment. Since these debts are guaranteed to the lenders, U.S. taxpayers are on the hook for them.

The government’s artificially gaming markets to give credit to those the market would normally deny, while well intended, causes unintended consequences. The distortions create a new set of problems, sometimes as bad as or worse than those that inspired the attempted fix in the first place. More often than not, most of the parties to the transaction ultimately lose.

Among the losers are the students themselves. Few take the time to calculate the overt cost of obtaining their education with the corresponding salary it prepares them to earn. But Laurence Kotikoff, professor of economics at Boston University, describes the hidden costs in the September 2, 2011, InvestmentNews. These include the time spent learning rather than earning, plus the progressive income tax which taxes annual earnings rather than lifetime earnings. According to a recent study by economists Stacy Dale and Alan Krueger, going to more selective colleges and universities makes little difference to future income.

Kotikoff compares two students, neither of whom borrow for their education. One becomes a doctor and the other a plumber. The doctor spends 11 years of her life in school in order to earn $185,895 annually. The plumber spends two years and earns $71,685. The bottom line is that the plumber’s sustainable spending is equal to the doctor’s.

If the government stopped guaranteeing college loans, the initial result would be significantly less demand for a college education. Tuition rates would plummet, eventually becoming affordable once again as the source of easy credit dries up.

Without easy borrowing as an option, parents and students would be encouraged to begin college saving early. Students would have new incentive to earn money for college and also do well in high school to qualify for scholarships. The result would be more students graduating without debt and feeling less pressure to take the first job available.

Then, the money that today’s grads apply to student loans could instead be invested in retirement plans.