The Deeper Costs of College Debt 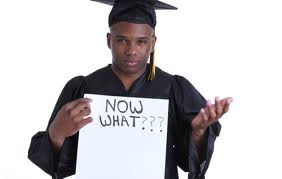 Not only is a college education a door to higher wages, but providing that education is an important segment of our economy and a huge source of good paying jobs. In 2017 the average salary for the country’s 624,822 full-time college instructors was $82,240, according to an annual study from the Department of Education’s National Center of Education Statistics.

In the days before college loans were as easy to get as the common cold, college costs were due in cash. Students and parents had to save money or pay tuition out of their earnings. Many students worked their way through college. Those without savings, the ability or desire for college jobs, or high enough grades for scholarships didn’t go to college.

Since colleges competed for students, market forces controlled the tuition rates. Raising tuition too much resulted in fewer students and smaller revenues. The two forces of supply (college capacity) and demand (the ability to pay tuition) kept college costs in check.

Understandably, borrowing to pay for college tuition was difficult. What sane bank or investor would loan money to an unemployed teenager with no collateral to speak of? If you could find someone willing to make such a risky loan, the interest rate was high.

Well-intended politicians decided it wasn’t fair that those without the means to pay tuition were denied college educations. Their solution was to require taxpayers to underwrite college loans, sometimes at interest rates lower than those available to the most creditworthy.

With tuition money easy to obtain through low-cost, government backed loans, demand for a college education increased. With the increased demand came higher tuition costs. This easy money is the primary reason that college tuition costs have far outpaced inflation and have gone up twice as fast as medical costs since 1985.

Unfortunately, one consequence of loaning money to those deemed poor risks is that a high percentage of those borrowers are unable to repay the debt. It should come as no surprise that 10.7% of all student loans are currently 90 days or more in default. Conversely, the composite default rate on mortgages, credit cards, and auto loans is 0.82% as of October 2018. Today, taxpayers are on the hook for over 92% of the $1.5 trillion in outstanding student loans made to over 44 million borrowers, according to a June 13, 2018, Forbes article by Zack Friedman, “Student Loan Debt Statistics in 2018.” Only home mortgages exceed student loan debt.

And the appetite for loans continues to rise. The average student from the Class of 2016 graduated with over $37,000 of college debt. It isn’t uncommon for a medical student to amass over $200,000 of student loan debt. This year we will add another $120 billion in college debt to the books.

The more college debt that graduates take into the workplace, the less they have to spend for vehicles, rent, and consumer goods. The damage to the credit ratings of the 10.7% who are in default will also hinder their purchasing power for years to come.

If taxpayers ever decide to quit footing the bill, my hunch is that many colleges’ tuition rates will fall as hard as housing prices did in Florida, Arizona, and California in 2009. Lower tuition costs would create a financial hardship for most colleges and the some 4,000,000 people employed in higher education.

Politically, I don’t expect that to happen. Colleges are big business with a lot of money and influence in Congress. Further, a college education is becoming viewed as a right that should be free. In the meantime, savvy students will do whatever they can to minimize their college tuition and graduate debt-free.