The High Cost of College Loans 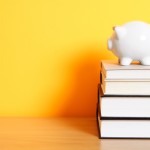 Trying to improve on the free market system almost always ends badly. Take college tuition as an example. It’s an important segment of our economy, since for most a college education is a door to higher wages and a better lifestyle.

In the days before college loans were as ubiquitous as mountain pine beetles in the Black Hills, college costs were like any other service. They were due in cash. Students and their parents had to save money or pay tuition out of their earnings. Many students worked their way through college. Those whose parents didn’t save, who couldn’t or didn’t want to work, or who didn’t have high enough grades to get scholarships didn’t go to college.

Since colleges competed for students, of course, schools had to keep a close watch on their tuition rates. Raising tuition too much resulted in fewer students. Fewer students meant falling revenues. The two forces of supply (college capacity) and demand (the ability to pay the tuition) kept college costs in check.

Understandably, getting a loan to pay for college tuition was difficult. What sane bank or investor would make a loan to an unemployed teenager with no collateral to speak of? If you could find someone willing to make such a risky loan, the interest rate was more like the high rates charged by credit card companies.

Well-intended politicians decided it wasn’t fair that those who didn’t have the means to pay the tuition were denied college educations. They decided the solution would be to require the taxpayers to loan unemployed teenagers the money they needed to pay their tuition, sometimes at interest rates lower than what the most creditworthy could obtain.

With tuition money easy to obtain through loans, demand for a college education increased. With the increased demand came higher tuition costs. This easy money is the primary reason that college tuition costs have far outpaced inflation and gone up twice as fast as medical costs since 1985.

Unfortunately, one consequence of loaning money to someone the private sector deems a poor risk is that many of those borrowers will be unable to repay the debt. That’s why the private sector took a pass on making the loans in the first place. It should come as no surprise that 60% of all student loans are currently in default. According to The Kiplinger Letter, December 2, 2011, that default rate will only get worse, as the unemployment rate of those aged 20 to 24 is around 14%. Today, taxpayers are on the hook for over 70% of the $1 trillion in outstanding student loans.

And the appetite for loans continues to rise. This year we will add another $100 billion in college debt to the books. Today, the average student graduates with over $27,000 of debt owed to institutions or the government and another $7,000 owed to parents. It isn’t uncommon for a medical student to amass over $200,000 of student loan debt.

The more college loan debt that graduates take into the workplace, the less they have to spend for vehicles, rent, and consumer goods. The 60% who are in default on their debt will also mar their credit ratings, so their purchasing power will suffer for years to come.

If taxpayers ever decide to quit footing the bill, many colleges’ tuition rates will fall. They may crash as hard as housing prices did in Florida, Arizona, and California. It will be a buyer’s market.

But that day could be years away. In the meantime, savvy students will do whatever they can to minimize their college tuition and graduate debt-free.