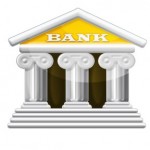 In a previous column I explained why any currency-issuing country, like the US, will never default on its obligations or run out of money with which to purchase goods and services priced in its own currency. Sovereign nations that are currency issuers have no solvency constraints, unlike currency users such as individuals, corporations, and government entities that don’t issue currency.

To follow up, let’s look at what has become known as Modern Monetary Realism (MMR). Economist Cullen O. Roche describes it in a 2011 article on his Pragmatic Capitalism website titled “Understanding the Monetary System.”

This theory came into existence in 1971 when President Nixon eliminated the gold standard and allowed the government to print money at will. This was a paradigm shift in our monetary policy that’s gone largely unnoticed for decades by many educators, economists, and politicians.

The principals of MMR are:
1. The Federal Reserve works in partnership with the US Treasury to issue currency. All other units of government, private entities, and individuals are users of the currency.
2. The government creates money by minting coins, printing cash, and issuing reserves. The private banking sector creates money by creating loans and bank deposits.
3. The Federal Government cannot “go broke.” It is inaccurate to compare it to households, companies, and local governments, which all are users of money and can go bankrupt.
4. The major constraint on currency issuers (sovereign governments like the US) is inflation. It behooves governments to manage the money supply prudently in order to avoid impoverishing their citizens through devaluing the currency.
5. Floating exchange rates between countries are a necessity to help maintain equilibrium and flexibility in the global economy. Nations that unduly inflate their currency suffer the consequences of devalued currency, shrinking purchasing power, and contracting lifestyles.
6. The debt of a sovereign currency issuer is default-free. The issuer can always meet debt obligations in the currency which it issues.

Roche suggests that a functional government supports the country’s financial system in four ways:
1. The US government was created by the people, for the people. “It exists to further the prosperity of the private sector—not to benefit at its expense.” Roche argues that when government becomes corrupt by obtaining too much power or issuing too much currency that results in high inflation, it then becomes susceptible to a revolt and dissolution.
2. Government’s role is to be actively involved in regulating and helping to build an infrastructure within which the private sector can generate economic growth. Roche views regulation as not only beneficial, but necessary to temper the inevitable irrationality that can disrupt markets. Still, he emphasizes that it is the private sector, not the public sector, which drives innovation, productivity, and economic growth.
3. Money, while a creation of law, must be accepted by the private sector while prudently regulated by the federal government, keeping in mind that the purpose of the regulation is to maximize private sector prosperity.
4. “Because the Federal government is not a business or a household it should not manage its balance sheet for its own benefit,” notes Roche, “but in a way that most benefits the private sector and encourages private sector prosperity, productivity, innovation and growth.”

Like me, you may need to re-read this a couple of times to begin to grasp the concepts. Once you throw off the outdated pre-1971 model of the monetary system, understanding the basics of MMR isn’t difficult. Knowing the basics of how our monetary system works will help all of us frame the important issues in the turmoil unfolding in Europe and in our own upcoming elections.