US Health Care Costs: Highest in the World? 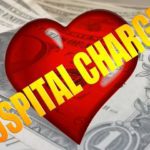 The soaring cost of health care in the United States is painfully obvious to anyone who looks at a medical bill. This aspect of our system has been out of control for decades.

A recent study by the Kaiser Foundation compared health care prices in the U.S. with those in other developed nations, virtually all of which have some form of universal health care. It found ours to be the highest in the world. The average American spends more than $10,348 a year on health care, amounting to a total of 18% of GDP. The average for citizens in other developed countries was about $5,198 per year, or 9% of total GDP.

Despite paying more, Americans average fewer physician consultations. Our rate of about 3.9 per person per year is well below the 7.6 average in the other countries studied. The researchers also found American hospital stays to be shorter, averaging 6.1 days while the average in other countries was 10.2 days.

The Kaiser study also compared costs for several expensive drugs and various medical procedures, including angioplasty and coronary bypass surgery, MRI exams, colonoscopies, appendectomies, and knee replacements. Costs in the U.S. were significantly higher. In fact, the average cost of replacing one knee here ($28,184) would almost pay for two new ones in Australia, where the average cost per knee is $15,941.

The study doesn’t attempt to assess the impact of the Affordable Care Act on U.S. medical costs or to offer any suggested solutions. Nor does it address the respective tax burdens of the various countries. This last is a shortcoming of the study that is important to consider.

Many of the European countries that feature significant “cradle to grave” universal health systems also have considerably higher taxes than does the U.S. According to data from the Tax Policy Center, the taxes at all levels of government in many European countries exceed 40 percent of GDP. Taxes in the U.S. are low in comparison. In 2015, U.S. taxes represented 26 percent of GDP. Of the 34 member countries of the Organisation for Economic Co-operation and Development (OECD), only four (Korea, Chile, Mexico, and Ireland) collected less than the United States as a percentage of GDP. It may not be surprising that these countries generally provide more extensive government services than the U.S. does.

Let’s put this into perspective. If Americans pay 18% of GDP in health care costs but spend 14% of GDP less in taxes than many European countries, that would leave the US paying a net of 4% of GDP for health care. This is almost half of what Europeans pay. Perhaps the lower amount we actually spend on health care is explained by the fewer physician visits and shorter hospital stays.

Certainly, not all of the 14% higher GDP in taxes collected by European nations goes to health care. Still, it is reasonable to assume that a significant portion of it does.

Another fact that is often omitted by studies critical of the US for not having universal health care is that the US does have government funded health care that (as of April 2018) covers over 130 million people through Medicare, Medicaid, and CHIP. This compares with some 179 million people (2016 numbers) with private insurance. In addition, many U.S. citizens currently qualify for health insurance premium subsidies. A family of four with an income under $72,000 a year would qualify.

The high cost of U.S. health care is certainly a serious problem that needs to be addressed. However, a valid comparison of costs here to those in other countries needs to include the differences in tax burdens.