Vast Difference Between Millionaires and Billionaires

by foxcraft | In The News, The Economy, Weekly Column | 1 comment 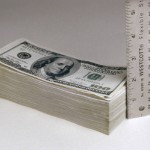 What’s the difference between a millionaire and a billionaire?

Three zeroes and a comma.

No, this isn’t a bad joke. It takes one thousand millions to make one billion. That’s a huge difference.

Over the past couple of years, especially during the presidential election, one of the hot-button issues has been whether the wealthy are paying “their fair share” in taxes. A great deal of the media coverage and political rhetoric, from President Obama on down, has lumped “millionaires and billionaires” together.

That makes as much sense as putting a housecat and a tiger into the same cage and saying they’re just the same.

The first issue to clarify is the definition of “millionaire” and “billionaire.” Is it someone with a net worth of $1 million or $1billion, or is it someone earning a million or a billion in a year?

According to wild.answers.com, only 80,000 Americans make $1 million or more a year. I couldn’t find a source listing how many people make over $1 billion a year, but I can guess. If you earned 6% on your investments, you would need a net worth of about $16 billion to provide an annual income of $1 billion. According to Forbes (March 2012), only 40 people in the entire world have a net worth of over $16 billion. Obviously, all those references we keep hearing to billionaires must refer to net worth, not income.

This is in line with the Merriam Webster dictionary, which defines millionaire (or billionaire) as “a person whose wealth is estimated at a million (or billion) or more.”

The Difference between a Millionaire and Billionaire by the Numbers

What kind of lifestyle can you have with a net worth of a million as opposed to a billion dollars? Experts tell us the most reasonable sustainable withdrawal rate is 3%. That means your $1 million will provide $30,000 a year. Adding in Social Security of $18,000 a year means a millionaire can retire on an income of $48,000 a year. If you need assisted living, in-home care, or nursing home care in your later years, which at today’s rates cost a minimum of around $84,000 a year, you’ll be spending down your principal.

Three percent of $1 billion, on the other hand, will give you a retirement income of $30 million a year. At that rate, you could probably get by without bothering to file for Social Security.

Accumulating $1 million over a lifetime is certainly possible for middle-class earners who are willing to live on less than they make. If you started saving about $1750 a month at age 25, you’d have your million by age 65. That’s about the same as a married couple each maximizing their 401(k) contributions.

Equating a millionaire with a billionaire is the same as equating the population of Rapid City, South Dakota (70,000) to the combined populations of California, Texas, and Virginia (70,000,000). There is simply no comparison.

The point here is that in today’s world, a millionaire, especially one who is retired, isn’t “rich.” Accumulating a net worth of $1 million dollars by age 65 is a completely reasonable and achievable goal for anyone wanting a comfortable and secure retirement.

Lumping “millionaires and billionaires” together might roll off the tongue with a rhythm that makes a nice sound bite. That doesn’t mean it makes sense. For anyone willing to do the math, the comparison is ludicrous. There’s a world of difference in earnings, wealth, and potential lifestyle in those extra three zeroes.