What Is a Middle-Class Income? 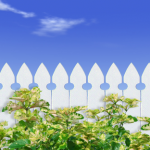 The middle class. Marketers target it. Politicians champion it. Economists talk about it. Most of us consider ourselves part of it.

Yet, when I’ve asked for a clear definition, I have not found anybody yet that really can tell me what “middle class” is.

I recently posted on Twitter that $90,000 was a middle-class household income and that it would take a nest egg of $3 million to generate that income in retirement.

A couple of my colleagues responded that my figures were way too high and accused me of being out of touch. As a lifelong South Dakotan, I’m used to being seen as “out of touch,” but the idea that $90,000 was beyond a middle-class income intrigued me.

I figured a few minutes with Google would point me to a definition of “middle class.” It wasn’t that simple. I soon discovered that neither politicians, economists, sociologists, nor financial advisors can agree on what makes someone middle class. It is a little easier to define a middle class income.

For me, defining middle class with such a broad income range just raises more questions than it answers.

First of all, the same income that will provide a comfortable middle-class lifestyle in a place like the Black Hills of South Dakota won’t necessarily do the same in San Francisco or Boston.

Second, if you want to assure yourself of a middle-class income throughout your lifetime, you apparently have to get rich.

Let’s assume a young couple, both professionals, earn $45,000 each for a household income of $90,000. Let’s assume they want to save enough to provide a similar income in retirement without counting on Social Security. To generate that income, with a 99% certainty they will never run out of money, how much will they need to save?

While financial advisors’ responses will vary, most will agree this couple would need between $2 million and $4 million in today’s dollars. Let’s settle on $3 million. If they each saved $1,000 monthly to 401k’s (about 25% of their salaries), our young couple could save $6,600,000 million ($3 million in today’s dollars adjusted for inflation) by the time they reached age 65.

However, while a couple needs $3 million to produce a middle-class income, someone with a net worth of $3 million is in the financial top 2% of Americans. That’s hardly middle class.

And to complicate things further, Gallup polls have shown that most Americans think anyone with a net worth of $1 million is rich. Yet having $1 million when you retire will generate a secure lifetime income of $30,000. So the net worth that we define as wealthy provides an income that we define as barely middle class.