Where Will Your Retirement Money Come From?

When you retire, where will your money come from?

The list is fairly short: Social Security, a pension, working, your assets, children, or public assistance. 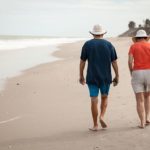 According to an April 22, 2019 Bloomberg article by Suzanne Woolley, entitled “America’s Elderly Are Twice as Likely to Work Now Than in 1985”, only twenty percent of those age 65 or older are working. The rest either can’t work physically, can’t find work, or don’t want to work. According to the ADA National Network, over 30 percent of people over 65 are disabled in some manner.

According to the Pension Rights Center, around 35% of Americans receive a pension or VA benefits. The greatest percentage of pensions are government. This would include retired state and federal workers like teachers, police, firefighters, military, and civil service workers. In 2017 the median state or local government pension benefit was $17,894 a year, the median federal pension was $28,868, and the median military pension was $21,441.

Working provides the highest source of retirement income for the 20 percent of those who are over 65 and are still working. According to SmartAsset.com, Americans aged 65 and older earn an average of $48,685 per year. However, in a NewRetirement.com article dated February 26, 2019, “Average Retirement Income 2019, How Do You Compare“, Kathleen Coxwell cites a figure from AARP that the median retirement income earned from employment is $25,000 a year.

About 3% of retirees receive public assistance.

This leaves around 20% of those over 65 who depend partially or fully for their retirement income on money they set aside during their working years. According to TheStreet.com, “What Is the Average Retirement Savings in 2019“, by Eric Reed, updated on Mar 3, 2019, the average retirement account for those age 65 to 74 totals $358,000. That amount will safely provide around $15,000 a year for most retirees’ lifetime. The median savings is $120,000, which will produce only about $5,000 a year. In order to retire at age 65 with an annual investment income of $30,000 to $40,000, someone would need a retirement nest egg of over $1 million.

My conclusion from this data is that most Americans are woefully underprepared to live a comfortable lifestyle when they can no longer work. Between Social Security, pensions, and retirement savings, a retiree can expect a median income of $18,000 to a maximum of $52,000 a year. According to data I compiled from NewRetirement.com, the average median retirement income of those over age 65 is around $40,000.

What are some things you can do to increase your chances of enjoying a comfortable retirement income?

If you are over 60, keep working as long as you can. If you retire early, your monthly Social Security benefit is lower for the rest of your life.

Consider ways to stretch your retirement income by downsizing, sharing housing, or relocating to an area of the US or even outside the country with a lower cost of living.

Research what you can reasonably expect from Social Security and other sources of retirement income. Base your retirement expectations on informed planning, not on vaguely optimistic expectations.