Your Financial Planner Replaced By A Computer 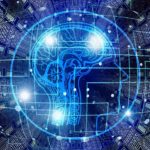 If Ken Fisher is right, in the future you will be talking to a computer about your asset allocation and loving every minute of it.

Fisher has built Fisher Asset Management into the largest fee-only investment advisory firm in the US, with over $100 billion under management. Speaking at the Investment News Innovation Summit in New York City on April 17, 2019, he said, “We need to get machines talking to people in a way that is more human than human.”

If you view “talking to machines” mostly in terms of using four-letter words when your computer locks up, you might be skeptical.

Fisher explained there are six personality profiles that fit almost every investor. “When you (or a machine) knows what they are, then you deal with them according to their profile.” In Ken’s thinking, machines will be able to spot the profile and then, using an algorithm free of human error, interact with the customer in a manner superior to a human advisor. He sees this happening within the next ten years.

I asked him, “What happens to the human advisors when machines talk to your customers better than a human?” Ken replied, “I don’t know the answer to that question,” suggesting that people will need to gain new skills and move on to the next thing. “You can’t keep doing the same thing you were before or you will be out of luck.”

As shocking as this idea is to investment advisors, it’s not at all far-fetched. In an “Axios AM Deep Dive” article on April 6, 2019, Mike Allen quoted Axios Future Editor Steve LeVine as saying that Millennials (those born between 1981 and 1996) will be the first generation to fully face the new age of automation, which could wipe out jobs faster than the economy creates new ones.

Like most before them, many Millennials have taken entry level, minimum wage jobs. Allen suggests that, unlike prior generations, they may not find much of a ladder up from there. Part of that is because of the aftermath of the great recession and part is because technology and globalization have reduced middle-wage jobs.

The median income of younger Millennials is $21,000, according to the AXIOS article. Contrast that to the median wage of $84,000 for statisticians and financial analysts, both of which have high concentrations of older Millennials.

It’s those $84,000 a year jobs that Fisher thinks will be done better by machines. If this happens, it will disrupt the financial services industry in spectacular fashion.

Danielle Fava of TD Ameritrade didn’t agree that human investment advisors will become obsolete in ten years. She does see voice digital assistants making email obsolete. She also believes that artificial intelligence will “enhance the conversations advisors are having with their clients,” rather than replace the human advisor.

While staring my professional demise in the face in ten years, I drew solace from knowing I am nearing the end of my career. Another fact that should comfort some financial professionals is the difference between investment advisors and analysts (like those who work for Ken Fisher) and financial planners. Investment advising is relatively easy; that’s why a machine may be able to do it all in ten years. Also, investment advice comprises only a small fraction of what financial planners do. It will take a really, really smart machine to integrate all the complex aspects of someone’s financial picture into a sensible plan.

So maybe ten years from now a machine will flawlessly figure out your asset allocation. But it may be another ten years before your financial planner is a machine, and maybe another 50 before a machine can do financial therapy.