Reality of a Million-Dollar Retirement 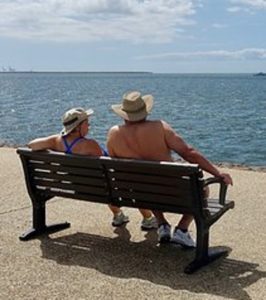 Retiring on a million dollars. The idea may evoke images of lavish retirement homes or luxurious travel. But let’s take a closer look at the real lifestyle that $1 million of retirement savings will afford.

It’s reasonable to assume a long-term real return, after adjusting for inflation, of 2% on a diversified investment portfolio. At that rate, $1 million would provide an annual income of $44,650 for 30 years. This leaves no cushion for emergencies or increased living expenses beyond inflation. It also leaves nothing after 30 years to pass on to heirs.

If you are single and age 65 with $1 million, you should be okay for 30 years. But what if you are married? While the adage “two can live as cheaply as one” has some relevance when it comes to housing, it doesn’t apply to food, clothing, transportation, health care, or entertainment.

If a third of our cost of living is housing, it would be reasonable to conclude a couple would need an income of around $75,000 to enjoy the same lifestyle as a single person living on $45,000. A couple with $1 million, then, only has 16 years of retirement income. If they retire at age 65, that only assures both of them enough money until age 81. That means a high probability at least one spouse will run out of money in their later years. This does not pass for good financial planning.

And how about a couple that, much more typically, has saved less than $1 million? On a portfolio of $500,000, they would run out of money in eight years.

How can the average baby boomer, who hasn’t saved $1 million or more, have a decent standard of living in retirement? It requires thinking out of the box. Here are just a few possibilities:

1. Retire later. If you are able to keep working past 65 or 66, even two or three more years of earnings can make a big difference in your retirement lifestyle.

2. Downsize earlier. Look at whether reducing housing costs before retirement can free up additional monies to invest and help stretch your retirement nest egg.

3. Make conscious choices about where to retire. An income of $44,650 might give one person a reasonable standard of living in many areas of the US. However, it won’t provide much of a lifestyle in New York City or Washington, D.C.

Retiring outside the US can make an even bigger difference. For example, many people in Rapid City retire to a warmer climate like Arizona. According to a November 9, 2017, article in International Living, the average cost of living in Phoenix, AZ, is $44,843 per person. But a couple retiring to Boquete, Panama, could rent a furnished two-bedroom apartment and pay for healthcare, entertainment, groceries, utilities, and transportation on $20,322 a year. Boquete is a small town in the highlands which International Living describes as “a retirement haven for expats looking for a simpler lifestyle” where “English is commonly spoken.”

The impact of this reduction in living expenses is staggering. If you have $1 million you can afford trips back to the US to see family, will have plenty of cushion for emergencies, and can leave something to your heirs. That’s something you can’t obtain even as a single in the US on $1 million. If you have $500,000, living in Panama will give a couple 35 years of income; $400,000 is good for 26 years, and even $300,000 gets the two of you 18 years.

Not everyone would want to consider international retirement. Everyone, however, would be wise to consider the reality of what income their retirement nest egg can provide.